This year, many are celebrating the 800'th year anniversary of the Magna Carta. While many claim this is the start of modern Law (at least, the British sort), it was a 'win' for the Barons over the King: the King was now answerable to the Law and the Barons, and not 'just' to God at The Day of Final Judgement. Actually a lot of merchants won too - it was their assistance that resulted in the Barons getting the upper hand, so they were rewarded.
But the document that was signed (or for the pedant, sealed) 800 years ago offered a lot for the struggling peasant too. So much in fact, that many of these benefits for the peasants were separated from the "Great Charter" into a companion document called the "Charter of the Forest". The forests were vital for the peasants - they used its resources for energy (fire wood); grazing; fodder; collecting food like berries and mushrooms; and building. Access to the forest could even be thought of as a medieval version of the dole - if you had no home and no family support, you could meet the minimum of your needs from the forest. But the Kings had been progressively alienating the peasants from their forests and claiming more and more to the sole use of the sovereign. Robin Hood was famous for killing the foresters who were enforcing the King's rules as much as for his giving stollen goods to the poor! The Charter of the Forests returned to the users of the forest their rights of agistment, estover, pannage and turbury (or rights to graze sheep, pasture pigs, collect firewood and cut turf). A recent study showed that peasant and small family groups can continue to exercise these right for generations without destroying the forest. 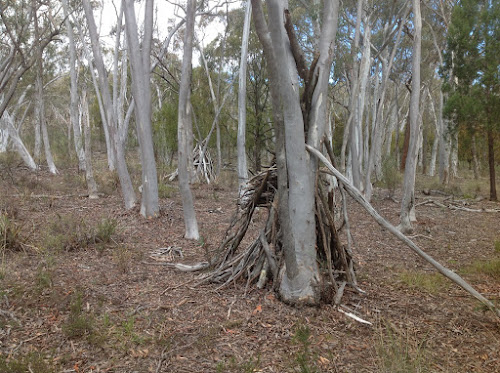 Collecting sticks in a public forest. Firewood, shelters or just a game?

So, how are things today 800 years after the The Great and The Forest Charters were sealed? Well, the Law is firmly established with respected and noble traditions. The Barons have changed from being owners of vast tracks of land to being owners of vast mineral reserves and coal deposits, or chains of factories, newspaper and entertainment services, while the merchant class still funds the changes in the modern world. But the peasants or the free men and women (in our modern parlance - the taxpayers and the struggling mums and dads) do not appear to have been able to take up their benefits from forests. In some states of Australia, over 50% of the forests are reserved for the sovereign (government) and the peasants may only look, or if they are young and fit, walk but not touch. Modern-day Barons may take timber or graze industrial scale flocks of cattle or even mine in the rest of the forest, but individual peasants can't remove or use anything to meet their personal or family needs. In fact, there is increasing pressure to keep peasants and people of all sorts away from the forests altogether - keep them corralled in articifial castles cut off from the outside world.
Has the Charter of the Forest ever been repealed? Is it too late to exercise the right to take the forests back from the Barons and the Government? The peasants and free men and woman of the modern world cannot live in the forests full time any more, but they can reconnect to their heritage and their nature if they occasionally exercise their right to collect a bit of fire wood for themselves and maybe BBQ a meal or two. We should certainly have as much right to that as we do to receiving the dole. Might be cheaper and healthier for everyone too.
So, this year, celebrate the Magna Carta with a walk through your forest. 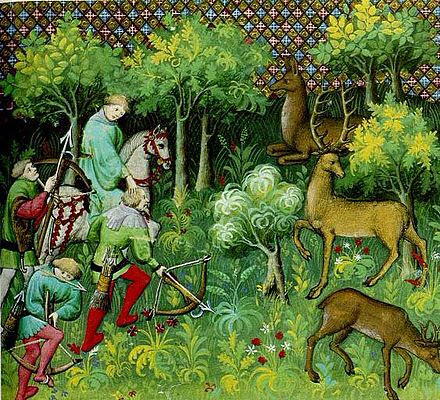 A medieval forest, from Livre de chasse (1387) by Gaston III, Count of Foix.