What does a scientist do when a popular decision is made but the reasons don't match the science?

Recently, the Australian Commonwealth Government tried to reverse 70,000 ha of the 170,000 ha  "minor boundary modification" in the Tasmanian World Heritage Area. The request was turned down in under 10 minutes to the great joy of "the conservation groups", and political one-liners rang out that the Wilderness had been saved and no more 90 m tall trees would be destroyed by the money-grubbing Government.

But the case wasn't about 90 m tall trees and wilderness areas ...and just as well too as there weren't any in the disputed 70,000 ha. There were good reasons for the original nomination, including the improvement of linkages between other reserve areas and improving the security of the inner zone by restrictions around the periphery. Unfortunately, the original proponents must not have felt totally confident in their argument because it was pursued as a minor boundary modification, which it clearly was not, to reduce the effort and scrutiny of the application. If a more comprehensive assessment and application had been made, the inclusion of plantations and commercially managed forests within the zone could have been justified along scientifically rational grounds of connectivity and structural diversity. Instead, the presence of these types of forest was used as proof of bias, political extremism, poor data capture, or basic stupidity. Those who actually managed the forests knew these logged areas and plantations existed, and they knew that such areas can be vital for good habitat management at scale, but such rational argument was not called for in the minor boundary adjustment claim.

Similarly, a more comprehensive original case would have acknowledged that the "industry" who had the most to loose in the "minor modification" - specialty timbers - was not represented in the self-selected group of "industry and conservationists" promising peace if the addition were made. Political action groups make mileage out of the waste of industries which clear fall forests, but were happy to ignore an important value-adding industry which did not use clear fall. There was a token allowance of some otherwise unwanted land to this non-clear fall industry which did not include the trees of importance in modification proposal, but clearly no discussions were had with the relevant people. Again, rational solutions could be had and the speciality timber industry could have continued to be profitable without clear falling forests, but apparently that was not politically expedient.

And because of that lack of expediency, blogs and commentators are making confused claims about forestry leading to degradation and destruction yet simultaneously being worthy of wilderness classification. In amongst, there are claims that manufacturers of fine furniture and even wooden boats should have their livelihood confiscated because they were only catering to rich elites anyway.

Can you imagine the clamour and public breast beating if the current Government simply lodged a "minor amendment" and changed the boundaries back? They could of course talk to people who are not directly involved in using the area before making such a request.

Ironically I think a comprehensive case could have easily been made for the original World Heritage nomination without hiding behind a fictitious "minor boundary modification" claim. But such a case would have had considered and compromised with the specialty timber users who were ignored by those wanting a quick political solution. It could also have to have spelt out that commercially harvested forests are not destroyed and in fact continue to play vital roles in biodiversity and habitat management. 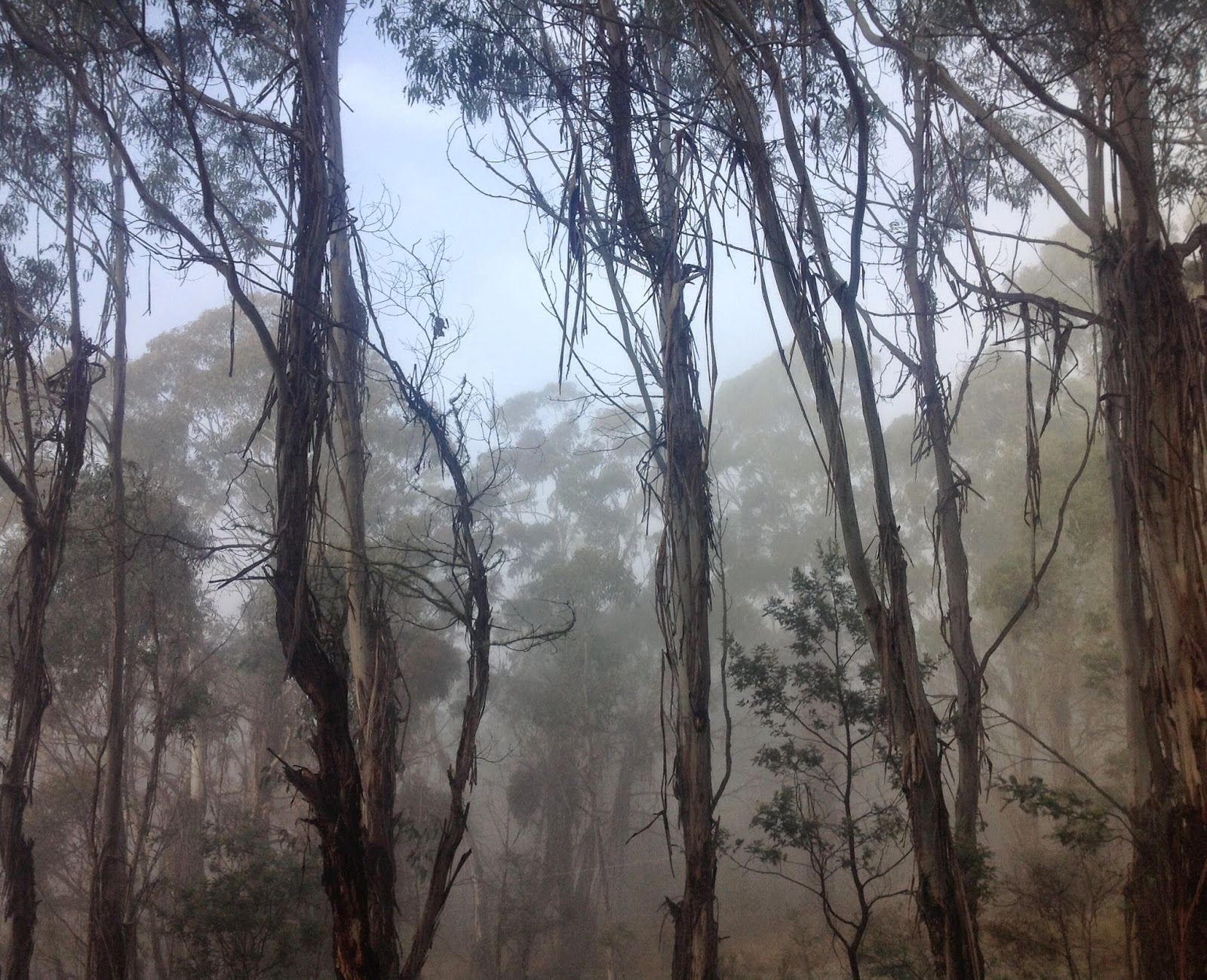 So, I cannot applaud this current outcome. And I expect political expediency, misinformation and outright lies will continue to dog the whole forestry and world heritage argument for electoral cycles to come.
Posted by In Honour of Mencken at 17:12 1 comment:

I recently received an email asking me to comment on an ecological thinning experiment proposed for the Red Gum Forests of Victoria. The objective of the experiment is to qualify any ecological benefits of allowing the reallocation of resources (water, sunlight and nutrients) amongst trees by felling some and leaving others. The experiment was proposed after extensive die back of the Red Gum was observed and presumed to be due to over competition for limited water.

The person who sent me the email obviously believed that humans should not be interfering at all and included in their email messages like "serious concerns" for "a disruptive scientific experiment in a national park"; "commercial logging machinery fell[ing] large numbers of trees" and that the "trial could again open this forest, and others in Eastern Australia to logging". They obviously do not want to provide any avenue for commercial activity (or even machinery that could be used in a commercial activity) in the forest, presumably even if the experiment concluded that ecological thinning was beneficial to keeping trees alive and improving biodiversity. Their conclusion that "the trial could impact the forest’s natural ability to respond to variability and climate change", and that this was a bad thing, proved to me that they didn't really want my opinion as a scientist as they would never accept any argument not in favour of keeping manipulative humans out of the forest.

I have researched the "forests's natural ability to respond to variability and climate change". The response tends to be dominated by death and invasion by new species into an area - trees and other species die then something moves in to utilise the resources "freed up". It takes humans to "judge" whether such a response is "good" or "bad" - for example, most humans agree that the widespread deaths in Canada caused by the pine beetle explosion are a "bad outcome". The significant quantities of dead wood left behind the pine beetle may make things even "worse" as far as humans are concerned by increasing the risk of further pathogen or pest attack and large scale wild fire. And any new species coming in in response to the change will invariably be classified as "weeds", which is again a very human centric concept and really just a part of a forest's natural response. Thinning may reduce the build up of beetles by reducing stress on the remaining trees and thus improve those trees' ability to fight off attack. Similarly, thinning and removal of dead wood from the site may reduce the quantity of "food" that is providing a resource for pathogens and insects to exploit.

You might guess that, as a human scientist, I am not opposed to the ecologically thinning experiment in the Red Gum Forests. Provided it is a well designed experiment, I think we can learn some valuable things about the dynamics of the forests in the current stressful and varying environment. I am also not philosophically opposed to humans being involved in active management or intervention in our environment. I do not believe that intervention is automatically bad if there is the potential for it to be at least partially funded by product sales. But as I was thinking about my response to the original email request, I wondered if I was being consistent.

Not too long ago, I was troubled by a Government decision to allow mining exploration in a National Park. Similar to the above anti-experimenter, regardless of the outcome of the exploration I did not want large scale mining to proceed in that national park. Why am I comfortable with denying the creation of knowledge about mineral or energy reserves but uncomfortable with denying forest knowledge creation? The miners could claim that better knowledge of the reserves would allow better management, and maybe even more ecologically sound management if they found reserves that could be mined with less damage than in other areas. Although I doubt "the market" would allow the miners to close down a relatively harmful mine in response to opening a less harmful mine, my objection to mapping all the reserves would remove that remote opportunity altogether. But I think the main difference between these two scenarios is that a new mine in a National Park can, at best, damage the forest a little bit but at worse can damage it a lot, while the thinning experiment may at worse damage a few trees while at best may result in many trees retaining a healthy canopy cover and long term future. The risk of damage must be balanced again the potential gains and the risk that those potential reductions will not eventuate. I have little faith that mining exploration will ever lead to long term ecological benefit.

Finally, I must also admit that I have the (possibly naive) belief that the conclusions from the ecological thinning experiment will be interpreted and used by people who understand Science to lead to an improved environment. All too often though, scientific observations have been taken out of context, ignored or abused in an attempt to justify a preconceived action. While Climate Change denial is the current prime example of such abuse, such abuse does appear in many other places and may have led to general scepticism about politicians and company management. I suppose my anti-experimenter who started my thinking about this post is more honest than many - they don't really care what the science says, and therefore do not need an experiment or need to consider manipulation or abuse of its findings, because they believe it is "good" for man to leave the forest and just let things fall as they do. On the other hand, I think it is natural for humans to be in the forest and be a part of it ...taking and giving. 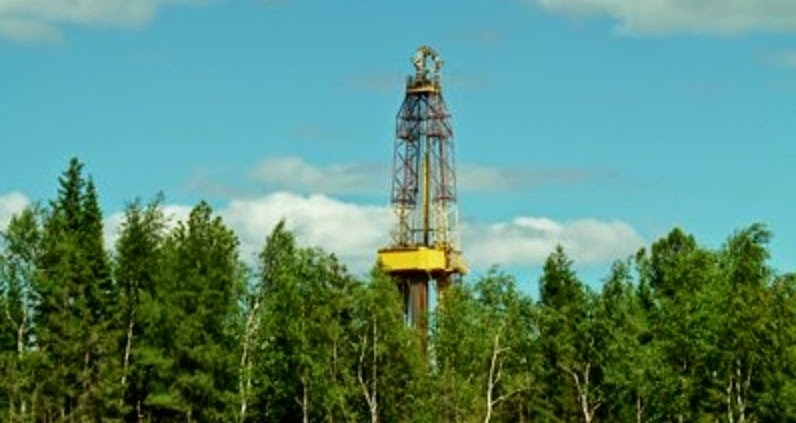