Is it ok to be species'ist - to advance one species or retard another just because of its species?

We seem to have concluded that racism and sexism - advancing or retarding individuals just because of their race or gender - is not ok. But what about whole species?

Species'ism seems to happen a lot in nature. In fact, a colleague and I recently found that one species of tree has been comprehensively retarded over 2,000 square kilometres of the Cooma-Monaro plains of southern NSW. Every individual Eucalyptus viminalis - Ribbon Gum - is either dead or dying in this extensive area. The Ribbon Gum was an iconic tree of this region, common on the rocky knolls and hills around fertile grazing and farming land. You can still see healthy trees in the region ...but if it is healthy it is not a Ribbon Gum. 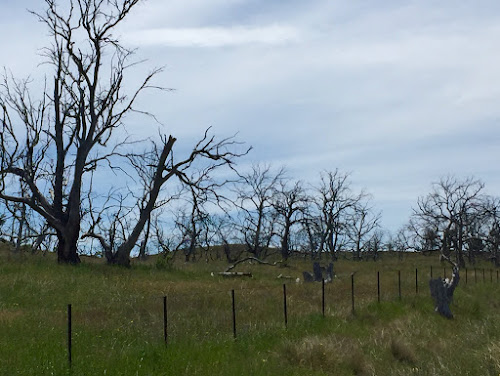 We don't know why this one species is dying while the snow gums and other trees around are not. We do know insects are involved, but they are not the sole or even primary cause. We suspect that drought or changes to the rainfall patterns or to minimum and maximum temperature regimes might be affecting this one species to a much greater extent than others. There may even be some impact on this one species caused by changes in the local fire regime - too few, or too hot, or just too different to the pre-European fires. We do know that the once extensive stands of Ribbon Gum are all dead. We know this species won't be coming back at least for quite some time if ever. Nature, or the heavens, or even climate change has practiced species'ism to a fatal extent here.

We also know that something else will take over the place these trees previously occupied - something else will use the sun, the water and the nutrients that those Ribbon Gums used to use. Do we care what takes over? Do we want to promote one species over another? Should we actively intervene by planting our preferred species or be passive and just let any local "disturbance adapted" species win this 2,000 square kilometre home? 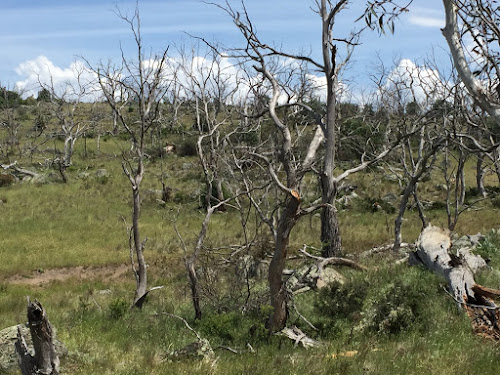 If a species that we do not want takes over this land, we define it as a "weed" and happily practice species'ism. But why should we choose not to want a species that can grow where Ribbon Gum clearly can no longer survive? The reasons for species'ism vary from the new species not providing the ecological services we are used to, through to aesthetics, and even that the new species are just "not from around here".

All trees provide a range of ecological services to different extents. They all produce oxygen, they all sequester carbon, they all slow and filter water. Some trees are more preferred as the habitat of birds or aerborial mammals while others are better at sheltering ground and bark dwelling insects. Some do more while some do less, but none will do exactly what a stand of Ribbon Gum used to do.

Aesthetics too are confusing. Humans tend to like what they are used to, and they have been used to Ribbon Gums in these lands. Although these trees have been dying for a decade now, so maybe the humans travelling through this region think dead trees are attractive!

Like racism, the argument that species are just "not from around here" is very often the only reason given for Species'ism. Often passionate arguments are made that only local species, grown from locally collected seeds should be planted in any restoration or revegetation project. But, the local Ribbon Gum will no longer survive. So, do we plant Ribbon Gum from areas far away that might cope with whatever killed the current trees - the natural range for Ribbon Gum is extensive and goes from Tasmania through Victoria and up the coast of NSW and someone could probably trial a huge selection if there was time. Does that violate the "not from around here" bias? But if we don't really know what killed the current Ribbon Gum, how could we really risk planting more Ribbon Gums? Is a Ribbon Gum grown from a seed collected in Tasmania more "local" than seed from another species of Eucalyptus grown only 10's or 100's of kilometres away from the dead Monaro plains? How important is it that the species remains "pure"?

How do we value the trees and their ecosystems services and aesthetics? How do we balance our understanding of the history or iconic nature of one species with the risk its time has come! How do we choose between species? These are not simple questions and they can't be answered by by scientists or economists or conservationists or engineers or community activists or even artists working alone.